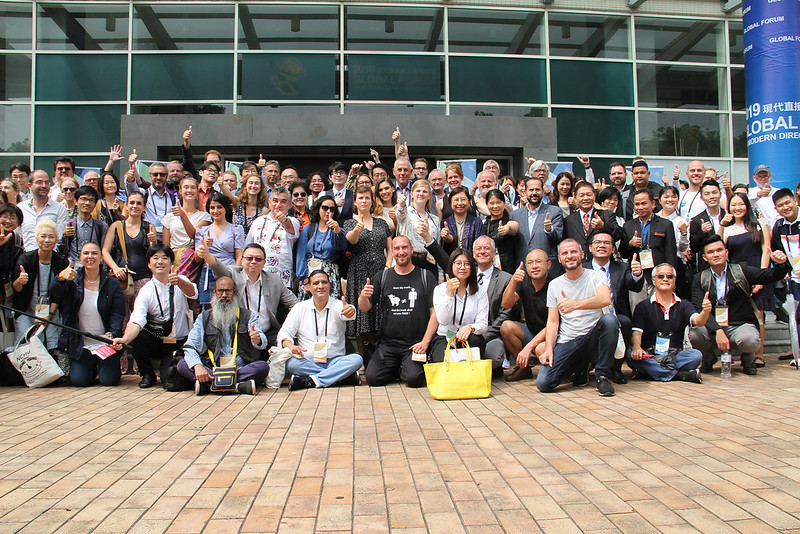 This year, Democracy International, together with Democracy Without Borders and CIVICUS, started a campaign for a World Citizens’ Initiative at the United Nations level under the name “We the Peoples“. To examine its feasability, we asked two experts to find out exactly how such an instrument could work under international law. Ben Murphy, Lecturer in Law, University of Liverpool and one of the experts, was at this year’s Global Forum on Modern Direct Democracy to present the results of their research. He writes about the panel and the reception of the campaign.

This article originally appeared on Democracy Without Borders.

On 3rd October, I had the pleasure to attend the Global Forum on Modern Direct Democracy in Taiwan and to present the findings of a paper on the legal feasibility of establishing a World Citizen’s Initiative (WCI) at the UN level co-authored with James Organ. The paper will be published in mid-November in conjunction with the launch of the international Campaign for a UN World Citizens’ Initiative. The following synthesises my remarks at the forum and draws together some reflections from the event.

The importance of citizen participation

It is not uncommon to describe international organisations such as the UN as ‘Frankenstein monsters’. They are created by states but they often take on a life of their own. This ‘new life’ has a particular (often negative) impact on individual citizens. Yet even when the UN wields this power in genuinely positive ways, and contributes towards human progress in tangible ways (just think of the promotion of human rights or the Sustainable Development Goals) the common denominator is the same. Individual citizens very rarely enjoy any direct input into international organisational decision-making. In this context, a UNWCI is complementary to the proposal of a citizen-elected World Parliamentary Assembly that is promoted by Democracy Without Borders as well (see here and here), and the move towards more participatory modes of global governance, for example through a Global Citizens Assembly.

A citizens’ initiative operates as a form of direct democracy that enables citizens to influence political decision-making, by placing an issue on the political agenda and triggering an institutional response if a defined level of support has been reached. Citizens’ initiatives are well-established as state-level democratic instruments, but the only transnational application so far is the European Citizens’ Initiative (ECI). Art 11(4) of the Treaty of European Union states that a successful ECI needs support from 1 million citizens from across the EU, an ECI proposal can relate to any EU competence where citizens think reform is needed, and it can invite but not oblige the Commission to start the legislative process.

The steps required for initiatives

Any individual WCI would, of course, need to fall within the competence of the UN and comply with the principles and purposes of the UN. It is logical that the registration criteria should mirror the founding purposes of the organisation that will receive the proposal. Article 1(3) of the UN Charter, which emphasises the importance of ‘promoting and encouraging respect for human rights and for fundamental freedoms for all without distinction as to race, sex, language, or religion’, will be particularly relevant. The fundamental principles of the Universal Declaration of Human Rights may also be taken into consideration. Only those proposed initiatives that would manifestly run contrary to the purposes of the UN would not meet this criterion. For these reasons, the registration of a WCI is unlikely to be a burdensome process.

An entity would be required to ensure that WCI registration decisions meet the required criteria and later verify the signatures. The WCI will, therefore, necessitate the establishment of a new organ of the UN. This could be done under Article 22 of the UN Charter which provides that ‘the General Assembly may establish such subsidiary organs as it deems necessary for the performance of its functions’. In the rare case when a registration is rejected an independent adjudicatory process should be hosted by an additional Ombudsperson office.

Once a proposal is registered, campaigners can collect support. The most appropriate support threshold for an initiative to qualify for presentation to the UN is a pivotal question. A higher threshold may enhance an initiative’s legitimacy, but may also act as a barrier to participation if it is too high to reach. It is also important that an initiative enjoys the support of a broad cross-section of the global citizenry, and not only from within a handful of states. Mirroring established UN principles for ‘equitable geographical distribution’ in the Security Council, we recommend that a WCI be presented to the UN when it has sufficient support from citizens from at least five African and Asian States; one Eastern European States; two Latin American States; two Western European and Other States. The only revision should be an explicit requirement that this needs to include three Asian states and two African states so both of these regions are represented (thereby acknowledging the considerably larger population of Asian states compared to African states).

The final stage is to identify the relevant forum to discuss a successful initiative. If the underlying rationale is to influence the political agenda and to encourage states to support a proposal, the General Assembly potentially serve this function. The General Assembly may discuss any matter under the competence of the UN. It has the power to pass resolutions that member states are expected to respond to, but are not legally binding. Perhaps most importantly, the General Assembly is in a position to launch intergovernmental negotiations under the auspices of the UN on new treaties or to put questions in front of the International Law Commission or the International Court of Justice for further consideration. In our paper we also suggest that initiatives could be directed to the Security Council.

Reflections from the forum

Of course, the level of support that the WCI receives from members states will ultimately decide its fate. Some states have already indicated their interest to discuss this new proposal. Feedback at the Global Forum was also almost unanimously positive.

Some questions were posed relating to whether such an initiative would serve to empower the UN, which would not be appropriate considering the disproportionate power wielded by a small handful of states. This challenge can be avoided by a point of clarification. Supporters and campaigners of the WCI should take heart from both the ingenuity of the idea but also its relative modesty. The aim is simply to give individuals the opportunity to influence the agenda.

Others questioned whether the UN is the most appropriate institution to direct the idea to, as opposed to other international institutions which fulfil more specific, limited functions. However, there is no reason why, in time, this idea cannot be extended, but this does not detract from the value of empowering individuals to influence the UN, especially its plenary organ.

Finally, there was a suggestion that the relative success of the ECI is unique to the European experience. However, for all of its influence, all of its complexities, and notwithstanding its near-universal membership, the UN was established as and continues to operate as an international organisation, just like the EU. In the ECI, many of the supposed legal challenges have already been overcome. This can serve as a template. The real challenges, as the idea of the citizens’ initiative is up-scaled to the UN, do not necessarily exist in the arena of international law but are matters relating to geopolitics and advocacy.

It was a pleasure, therefore, to see that this idea, although in its early stages, continues to gain momentum among civil society.

The author would like to thank Democracy International for the invitation to the forum.